Internet media as a series that keeps readers on the news feed?

Comparison of news releases with TV shows is not new and was spoken by postmodern philosophers and communicators. “The first genuine use of the format of open-ended series can be seen in newsletters that endlessly resume with different events and never synthesize them”, - wrote John Ellis in 1982 in ‘Visible fictions: cinema, television, video’.

Serial composition is not always a conscious method of keeping the viewer in front of the screen. The researchers use the term "medialogic" as a set of criteria that journalists use to select information they should cover (Altheide D. Media Logic / D. Altheide, P. Snow. — L.: Proufledge. — 1979.)

Of course, the topics that have already interested the reader are likely to be highlighted again, so the "plot lines" are formed.

Altogether, such plots form a kind of narrative - a narrative of news releases, which has a structure similar to a serial. Usually it is the narrative - in the novel, in the cinema or in the electoral races – that keeps attention of the reader, makes him read or review a certain story until the end.

We will use the term "media narrative" as a narrative created by the media about real and unreal events of the real and virtual worlds, selected by using the media logic.

After the Internet spread, the structure of the media narrative has changed significantly, sites and social networks news feeds are no more built on the principle of discrete releases, current news is a continuous 24-hour stream. Thus, a continuous narrative is formed, where the frequency of news consumption is defined by the reader independently. It has a transmedia structure.

Now this particular, continuous structure of the media narrative determines the readers attention to the news, and therefore to the life behind them.

Scientists from different fields, not only literary critics, use the concept of the narrative. There is a political narrative - for example, the sum of media reports about the presidential election. In defense, the notion of strategic narrative is used, which determines the winner in hybrid wars. Of course, the media narrative includes all these aspects, which become its separate plot lines.

What are the stories?

American television industry distinguishes two types of stories: series and serials. The first one uses mostly the same characters and circumstances, but the narrative ends in each particular episode ("Simpsons"). Instead, the serial is the story that does not end in any episode, and the plot lines of the television story continue from series to series, as it is in "Santa Barbara" (Mittell J.Narrative Complexity in Contemporary American Television / Jason Mittell // The velvet light trap. — 2006, Volume 58, Issue 1. — pp. 29–40).

Of course, in most cases, it is difficult to attribute series to a particular category; there are intermediate ones like "House of Cards", where in addition to more or less complete story in each series there is also a bigger story, which stretches over an entire season or even more

The news also have such an intermediate format of the narrative. Its first component is "long" stories, represented by a certain number of publications every week. From time to time, this number increases, and we see thematic content peaks. For example, the theme of European integration over the last five years in Ukraine.

The second component - "short" stories with intensive publicity during 1-3 days, and a "loop" of publications filled by forecasts/discussion before or after the peak. These topics can be unexpected - natural disasters, emergencies, extraordinary events - or expected, such as planned visits, national holiday’s celebrations etc. Usually these topics have more than one information drive, and even if the situation does not develop, journalists broadcast commentaries of those involved/experts to assess its impact on the society.

Finally, the third component - single information drives, not related to any other news releases.

Short and long: how we measured

For a study conducted in the "Center for Content Analysis," we selected a standard sample of top ten general online outlets, balanced both by the subject and by the political sympathies of the owners. These are Censor.net.ua, Nv.ua, Pravda.com.ua, Today.ua, TSN.ua, Korrespondent.net, Liga.net, Strana.ua, Delo.ua and site of the 24 TV Channel. We received the traffic data from the service Bigmir.net.

The monitoring period is 14 weeks, from March 27 to June 25, 2017. This period contain quite different audience activity: it covered May holidays and Easter, when attention to media was low, and weeks of high media activity in late May and early June.

An average of about 11 thousand news appear weekly within our media sample. Such consistency is not surprising, as newswires, regardless of the "hot" topics and breaking news, should produce a certain amount of news per hour. On weekends, the number of editors working on news feeds is usually lower. Therefore, in those weeks, which included national holidays, the number of publications was significantly smaller.

We observe a splash in the number of publications to 12.5-13 thousand in the last two weeks of the monitoring period. As it turned out, this was due to TSN.ua site, which half times increased already the highest in the sample number of daily news. This external factor has so greatly changed all the distribution in the sample, that reliability of all the correlations has reduced, and so, for further analysis, we did not take into account the last two weeks as those violating the homogeneity of the sample.

Then we divided the topics into long and short ones. Details of the criteria for such a division can be read in our scientific article devoted to this study. Here we briefly note that publications, which covered topics lasting at least ten of thirteen weeks, we consider as long. Short ones are those that did not belong to the long category, but contain more than two information drives and and consists of at least fifteen releases in the media.

In total, we got 27 long and 48 short topics, and the rest of the publications were considered as based on a single information drive.

The number of publications from long and short topics does not correlate with the number of staff in the newsroom. Presumably, it is determined only by the quantity of qualitative information drives within the topic. We can assume that such topics editors are likely to highlight first, and therefore they usually do not remain uncovered due to lack of time.

How does it all affect site attendance?

Analysis shows that the best correlation is between the top-ten Ukrainian sites attendance per week and the number of news from long storylines (provided that the last two weeks had not been taken into account).

According to the statistics, we can assert that 76.93% of all weekly fluctuations in attendance may happen due to fluctuations in the number of news from long story lines.

At the same time, short storylines not so clearly affect attendance. The correlation of various indicators is shown in the table:

In other words, the long storylines determine the main interest in the media. They form the basis of the news "serial", and most often, they force visitors to come back to a specific media repeatedly. This is contradictory to the opinion that exists between editors, that "hot" topics and unexpected scandals are very important for achieving high attendance.

Obviously, it would be a mistake to conclude that the entire Internet traffic is provided only by releases from long storylines and visitors only read the 29-35% of the news. Most likely, the attention to them multiplies and people, who went to read the news in this category, then continue to read other news types. In the case of short topics, we can assume that there is no such pattern: visitors who generally are not interested in the news, click to read about an extraordinary event, and most likely, will not read other publications. 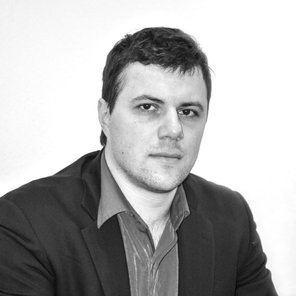 In other words, the long storylines determine the main interest in the media. They form the basis of the news "serial", and most often, they force visitors to come back to a specific media repeatedly. This is contradictory to the opinion that exists between editors, that "hot" topics and unexpected scandals are very important for achieving high attendance